My Illustration Friday topic planets are aligning relative to the project I have been working on, so this post is doing double duty in that it covers the IF prompt this week, "Wild," as well as the follow-up to the posts I did showing the little bit of "Urban" and the sketches from "In the Works"
So, as promised, here's the rest of the story--
Our Western Washington SCBWI conference is this coming weekend.  I signed up for the Illustrator Intensive, "Keeping it Fresh--From Sketch to Final Art" with art director Patti Ann Harris (Little, Brown and Company). We were sent two manuscripts with instructions to pick one, and illustrate a two-page spread from it.
The process:
Part 1- develop a sketch and send it to Ms. Harris for feedback. Part 2- produce a finished illustration based on her suggestions (and, presumably, keep it "fresh").  I chose a spread from a manuscript entitled MR TIGER GOES WILD.  It's a simple story about a tiger who, bored with his stuffy  friends, takes off for the wilderness--something he ends up regretting.
Here is the sketch I submitted: 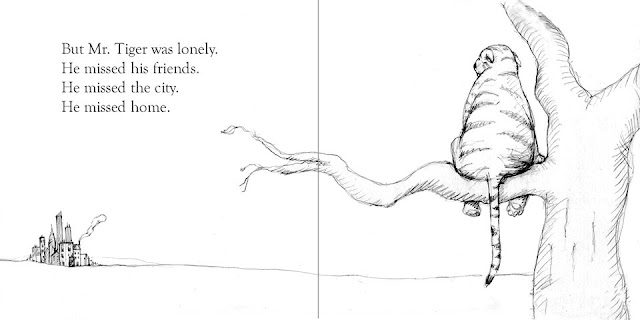 After a few weeks, I heard back from Ms. Harris.  She indicated that she liked the feeling of isolation and loneliness my sketch conveyed, and suggested that for the final I "fill up the page" a little more by perhaps putting the city on a hill, maybe adding some bushes, and turn Mr. Tiger's head a little more in the reader's direction. 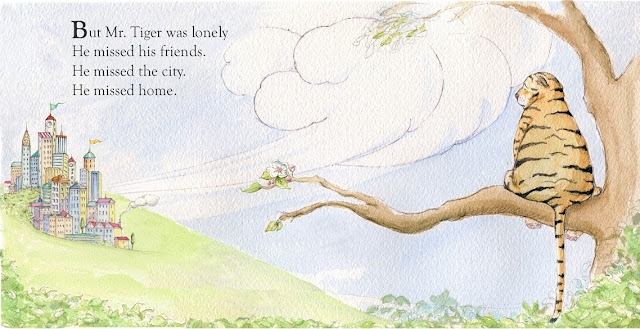 By the way, we had no idea whose manuscript it was...but someone found out that it was none other than  Peter Brown's. The book is due to be released in September, and you can see his version of Mr.Tiger on his blog, Peter Brown Studio.  I'm glad I didn't see it until I was finished, although I don't think it would have mattered . . .

. . . since, obviously, Mr. Brown and I have different visions of tigers ;)

I truly appreciate your comments.
I try and reply, so be sure and come back! 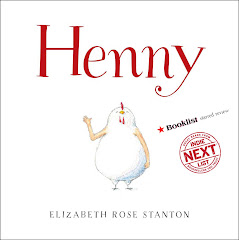 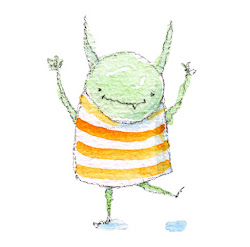 Promote Your Page Too

Henny's an Indie Next Pick! 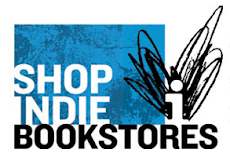